At El Mostakbal, we believe that the future and true development not only lie in sustainability, but also in putting both communities and stakeholders at the forefront of our operations. By delivering economic, social and environmental benefits, the company serves as a building block for Egypt’s economy, as well as a vital link in helping communities to flourish even in the most underprivileged contexts. By engaging in and promoting sustainable initiatives, we help elevate social ills, and economic burdens, so communities can thrive into productive and self sufficient entities who are empowered to grow while giving back to Egypt’s economy. By supporting solid educational and social programs across the country, as well as health and safety practices, El Mostakbal is committed to drive change towards a brighter, more sustainable future for everyone. 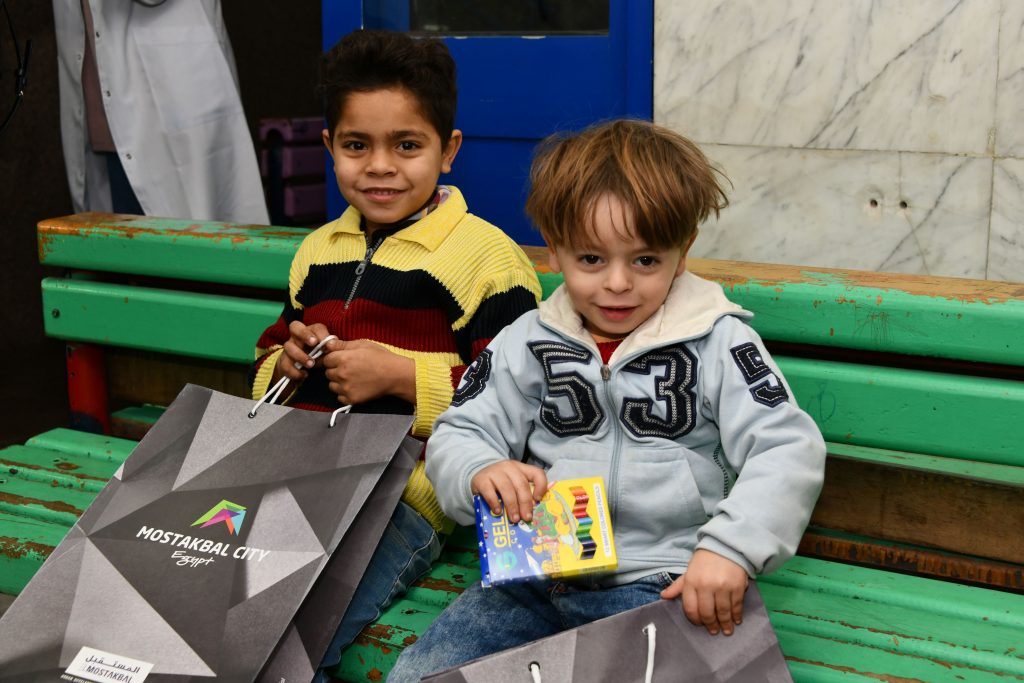 El Mostakbal For Urban Development is happy to announce the donation of LIVGAMA medicine which is a Multi-function medication mainly used for organ tissue rejection to Abu El Reesh childrens hospital which is the largest and oldest childrens hospital in Egypt . It is also the most qualified hospital in Egypt for treating all childrens diseases .
El Mostakbal is aware of its responsibilities towards society and therefor turns a great deal of attention to charitable activities and is willing to donate funds on a regular basis.
El Mostakbal had the pleasure of spending a day at the hospital playing with the children and it was a glorious experience and we look forward to repeating this experience soon
View Gallery

El Mostakbal For Urban Development is happy to announce the donation of supplies to “Ganat Al Kholoud” Charity Organization which supports sustaining fixed incomes to ensure a dignified life to the inhabitants of “El Dowika” through financing and aid of a childrens’ school and a small scale textile factory whom both employ and educate residents of “EL Dowika” slum on the outskirts of Mokattam in Cairo.
El Mostakbal CSR team had the privilege of spending the whole day with the children of the school playing, coloring and singing which was a very fulfilling experience.
View Gallery 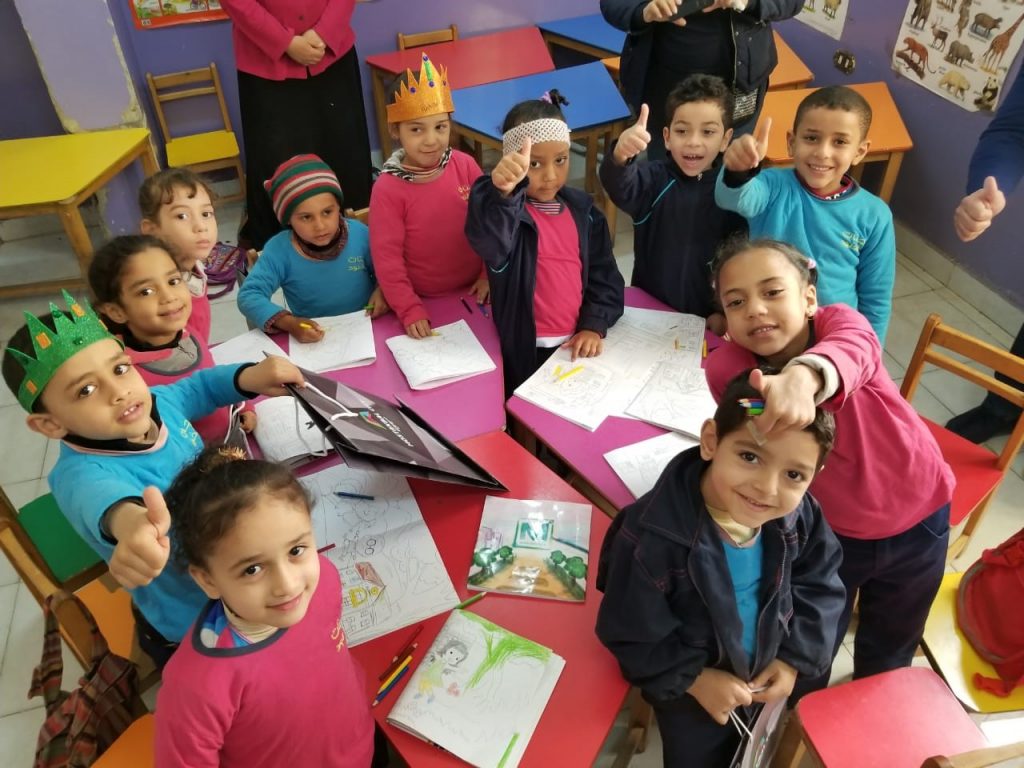 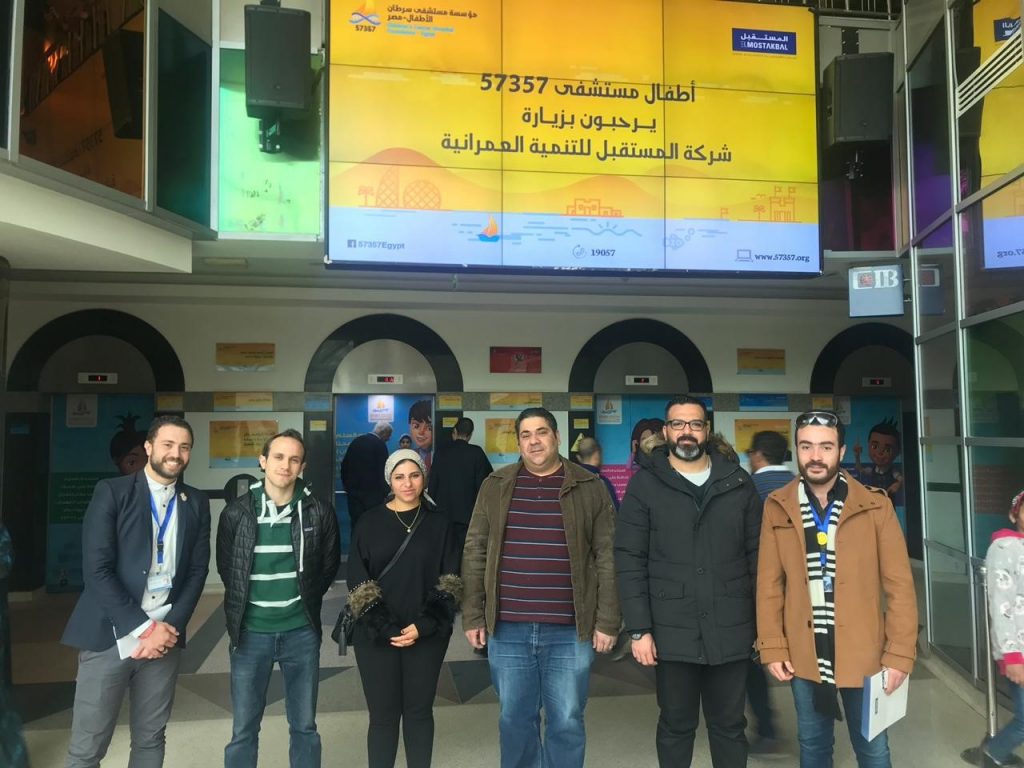 El Mostakbal for Urban Development proudly announces that we donated a special medical device that is responsible for warming the children via radiation to put them at optimum temperature in order to receive chemotherapy without the harm of the side effects.
El Mostakbal CSR team paid a visit to the Children’s Cancer Hospital better known as 57357 as part of our community service initiative.
El Mostakbal team was given a full brief of the standard operating procedure of the whole hospital and a tour inside the hospital.
El Mostakbal team visited some of the children in their rooms and they were given gifts.
View Gallery

El Mostakbal for Urban Development donated autoclaves for Baheya Foundation to sterilize surgical tools and ultrasonic treatment devices.
A delegation from El Mostakbal visited the foundation and met some of the current patients as well as, some of the women who have recovered.
Chairman and CEO of El Mostakbal for Urban Development Eng.Essam Nasef said that this is one of the most important donations provided by the company as it serves Egyptian women in particular. He also highlighted the progress made by Baheya Foundation to limit the number of breast cancer patients in the country, as well as, their awareness campaigns for early checkups to curb this particular cancer rate.
Furthermore, Nasef called on all private sector companies to participate in societal initiatives as part of the ccorporate social responsibility of these institutions towards society. 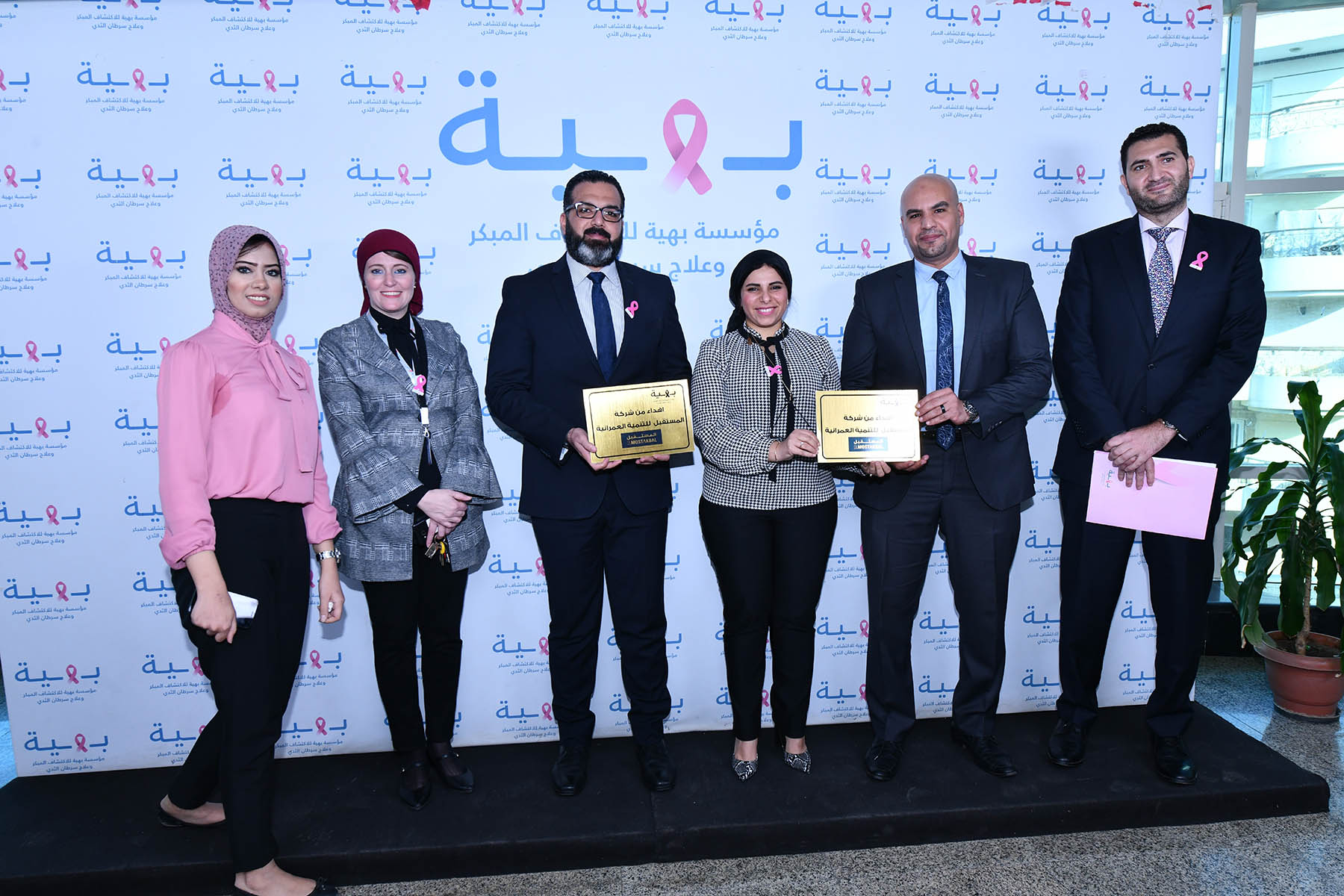 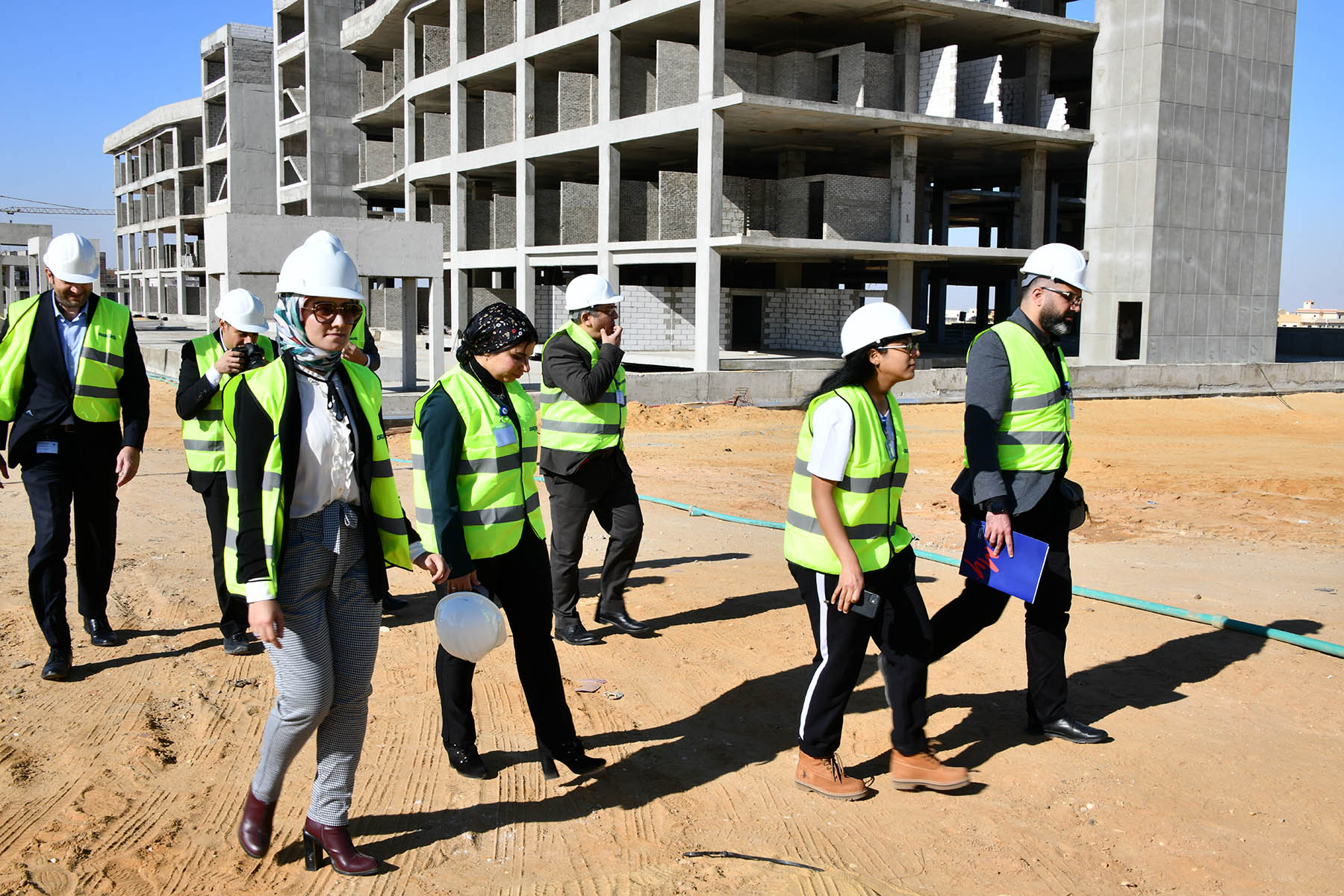 Eng. Essam Nasef Chairman and CEO of El Mostakbal for urban development declared that the Company has donated 3 intensive care units to support Ahl Masr Foundation.
A delegation representing El-Mostakbal toured Ahl Masr Hospital, currently under construction and planned to be the first hospital of its kind in Egypt, the Middle East and Africa to offer free treatment to trauma and burn victims in Egypt.
Situated on12,200 sqm area with 201-bed capacity in the Fifth Settlement in New Cairo.
Commenting on this donation, Nasef said that the donation comes as part of the cooperation with Ahl Misr Foundation and he stressed that El Mostakbal will continue to provide support and will not cease any efforts towards society.
On the other hand, founder, and chairman of AMF Dr. Heba El Sewedy said that she and all workers at AMF are showing appreciation for the vital contribution provided by El-Mostakbal for urban Development.

El Mostakbal for Urban Development has donated EGP 5 MN to Tahya Misr Fund, to support the Egyptian government’s efforts in relieving the impact of COVID-19 headwinds.
The EGP 5 MN pledge is aimed at supporting the relief and prevention measures of the North African country, while safeguarding the health and safety of its community, particularly indigent families, El Mostakbal Chairman and CEO Eng.Essam Nasef noted in a press release on July 14.
On his part, Executive Director of Tahya Misr Fund Tamer Abdel Fattah hailed El Mostakbal’s contribution for reinforcing the Egypt-based developer’s Corporate Social Responsibility (CSR) commitment, alongside the fund’s role in confronting the current outbreak.
Earlier, Tahya Misr Fund has launched its “Together, We Will Pass the Crisis” initiative to alleviate the ramifications of Coronavirus pandemic by helping the needy people across 19 provinces, according to the statement.
Numerous quantities of poultry are being distributed to the elderly, widows, and handicapped people in Cairo, Alexandria, Qena, Sohag, Damietta, amongst others, while also equipping isolation and fever hospitals in eight governorates with the required medical supplies and ventilators. 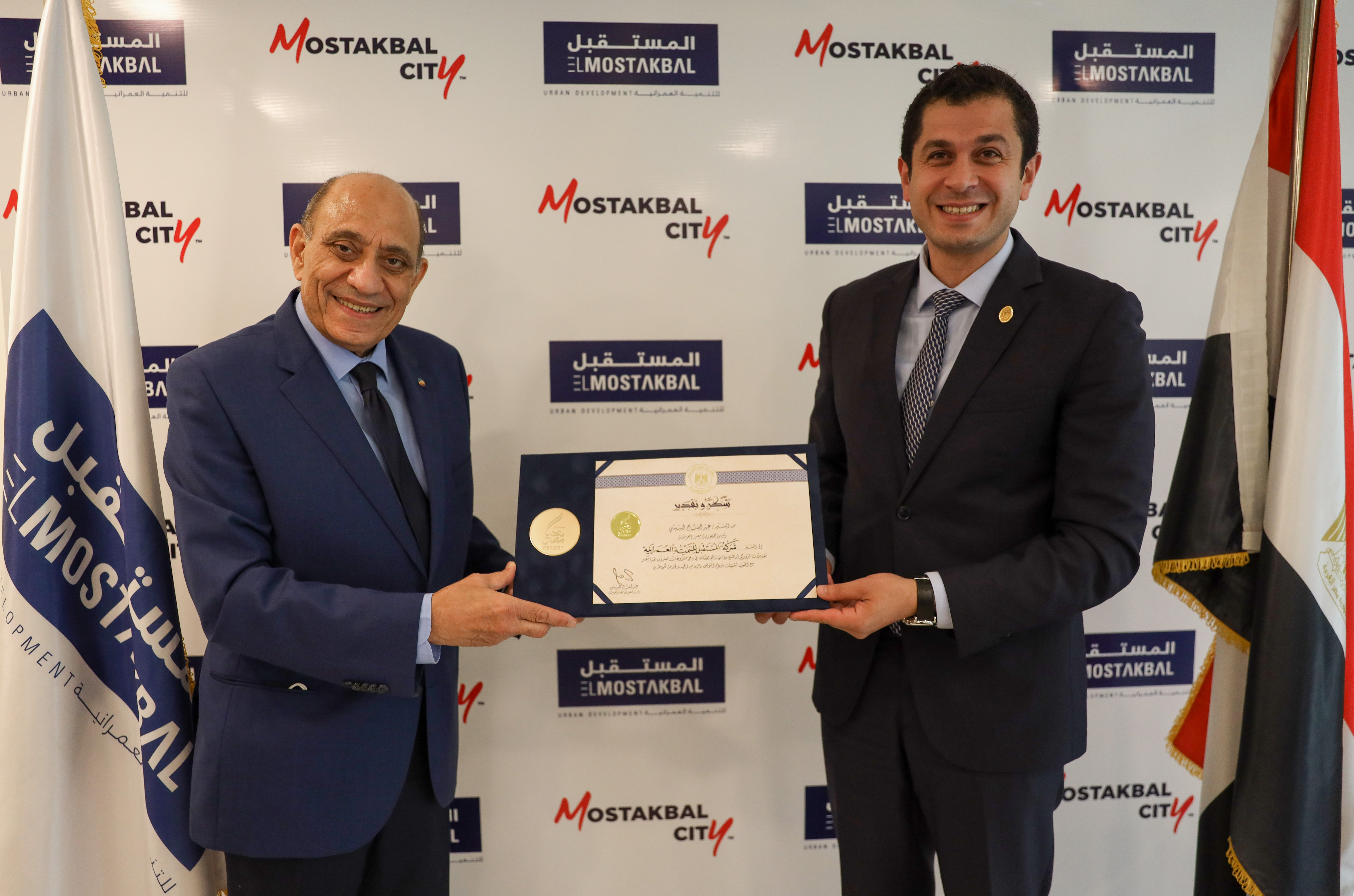 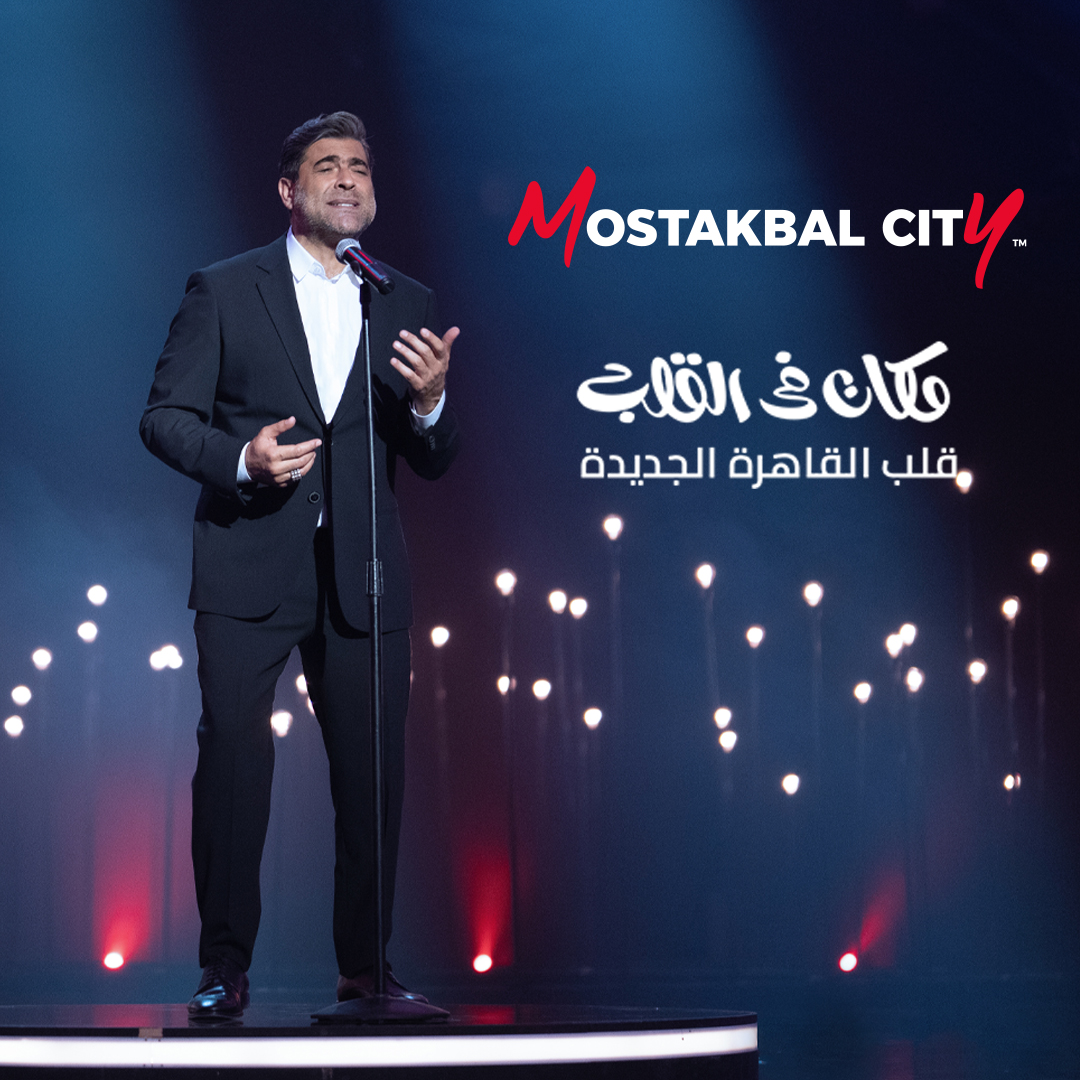 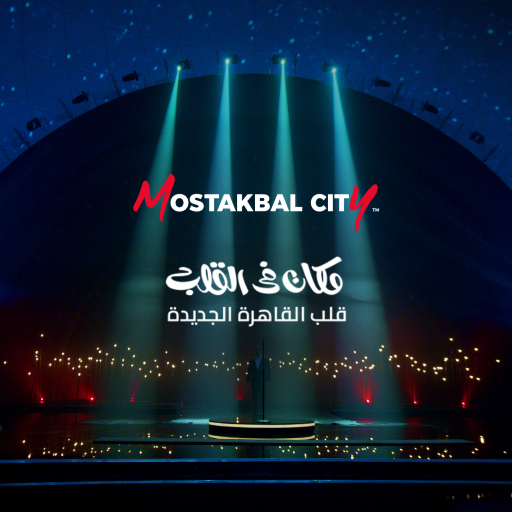